Leaving my home and family 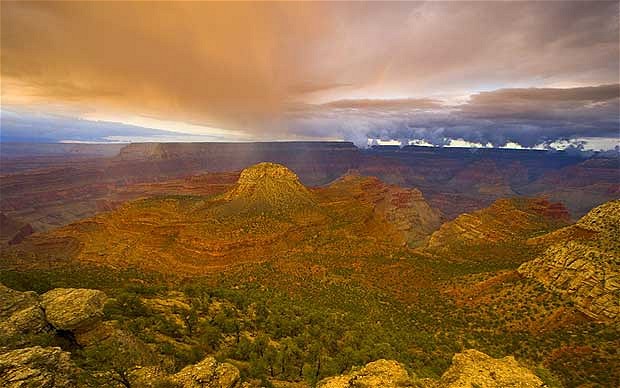 On January 30th, I am leaving my home and family to spend an entire month by myself on the south rim of the Grand Canyon as an Artist In Residence. The National Park Service chooses twelve people a year to enjoy a month of solitude and solid work. I plan to drive the 1400 miles to Arizona so that I can have my easel, computer, and books, guitar and hiking boots. Everything else, will get left behind.

So the Grand Canyon.

The sky. The moods of winter. The wind. The stars and stones and sculpted crevasses deep and wide and old. And hope. Hope as immense as those crags that in that space I will find the small voice that fills the void and gives meaning and joy.

The Grand Canyon is my "soulspot." A place I have rafted and hiked. A place I dream of when I am not there.

This blog is dedicated to my journey back. I hope you will virtually join me.

The Way We Die - Kaitlin Kenney


Deep in the Grand Canyon, search and rescue teams have scaled back efforts to find 21-year-old Colorado woman, Kaitlin Kenney. She was half way through a month long river trip when she went missing last Saturday. The group she was with had camped at Tapeats Creek, mile 134.5 on the north side of the Colorado River. When they woke, Kaitlin was gone, and search teams have found no sign of her. It is believed Kaitlin probably fell into the river sometime in the middle of the night.﻿

The Colorado is deep and swift and filled with boulders. But more dangerous than any of that is its temperature. The river is deadly cold. Even in the summer it is cold. The water, most of it, is flushed from the bottom of Lake Powell, and stays about 46 degrees year round, warming only a little during the monsoon when un-dammed tributaries pour in their silty cargo. But it's not summer in the Canyon. It is winter, and even at its base—more than a mile below the snow-spackled rim, it's cold. The last time people saw Kaitlin she was wearing a long coat, thick pants, a hat and scarf.﻿

From pictures it's clear Kaitlin was a beautiful girl with long brown hair, big brown eyes, and a genuine smile. From newspaper descriptions we know she played the fiddle, and was studying Anthropology and Native American Cultures at the University of Montana. I would imagine that this trip must have been a kind of nexus for her. A coming together of dreams and passion. The canyon is America's oldest museum. The walls date back almost 2 billion years, and the arid climate encumbers decay. Native American foot paths, tools, baskets, even stocks of grain can still be found. There is not a single section in the 277-mile-long river trip that does not call out with story and fill a curious mind with wonder. And then there is the granddaddy of all amphitheaters. Redwall Cavern sits at mile 33. Kaitlin would have likely reached the gigantic lens-shaped cave during the first week of her journey, and because she was a musician, and because so many others have done it, I would imagine that Kaitlin Kenney would have played her music inside that stone dome. John Wesley Powell estimated 50,000 people could fit in there. I'm not sure he had that right, but I do imagine that playing an instrument inside that space must feel akin to playing in one of the world's oldest and grandest cathedrals. And Kaitlin would have had that.

I almost died there. A careless decision to "swim" Hermit Rapids. There are 10 big waves on Hermit—a few of them almost 20 feet tall. Jumping into that icy-water without a wetsuit was a fool's move, and I remember being convinced I was about to die as my lungs seized and my body was thrust beneath the heavy water. But what I also remember, strange though it seemed even then, was feeling that if it was my time, then I was okay with that. If I am about to die, I thought, then the Canyon was the best place for it to happen.

I had found my soul-spot deep in those walls. My life had found its sense. The rim-world and all its problems and indifference and caustic battles over money and time and resources, felt obsolete. I never wanted to return. And so death—if that was what I faced, was best done there—where life felt its fullest.

This, of course, is no help to the friends and family of Kaitlin Kenney. And it's not meant to be. There is no quick-release from the grip of sorrow. Loss, when it happens, becomes part of what we wear. But eventually grief's shroud softens, and the weave becomes thin, and light filters through, and we are occasionally able to set that sadness down. And maybe, in those moments, the young girl who decided to spend a winter month in a canyon, can be remembered, as she said in a postcard to her mother, of having the time of her life—right up to the moment her life was over.

I was lucky. Nine months ago, I saw a film at the Grand Canyon Visitor Center that mentioned its Artist in Residence Program. They highlighted a painter who was living and working at the Canyon for a month, and I thought - lucky painter. I did not think—hold on a minute, I'm an artist. That noble idea came from my husband the following morning.

"I wonder if they take writers in that program."

The deadline was four days away, but I knew I was suppose to apply. So I did, and now, I am getting ready to go back to the Grand Canyon. This time alone. This time to do what I love to do more than any other thing I love to do. I don't leave for another two weeks, but in my mind, I am preparing my exit. And you could be too.

Here is a link to other Artist in Residence Programs hosted by the National Park Service. Want to spend two weeks writing at Crater Lake? How about Zion? Or Mesa Verdi? Or, you could head North to Denali, or to middle America in Nebraska's Homestead National Monument. There are so many opportunities for you and your art. Musicians, potters, weavers, painters, poets, sculptors. The most beautiful places in the United States patently wait.

By the way, if you apply - and are accepted - let me know.

Posted by Naseem Rakha at 5:02 PM No comments:

Most people see the Grand Canyon from the rim. Some hike its paths. Some climb down, and a lucky few have rafted the river that carved this grand terrain. I have rafted the Grand Canyon twice. First in 1996 on an 18 day self-supported trip, and second, last year with my husband and 12-year-old son. It is an adventure that is not to be missed. We went with Outdoors Unlimited.
Posted by Naseem Rakha at 9:45 AM No comments:

Application Essay for the Artist in Residence 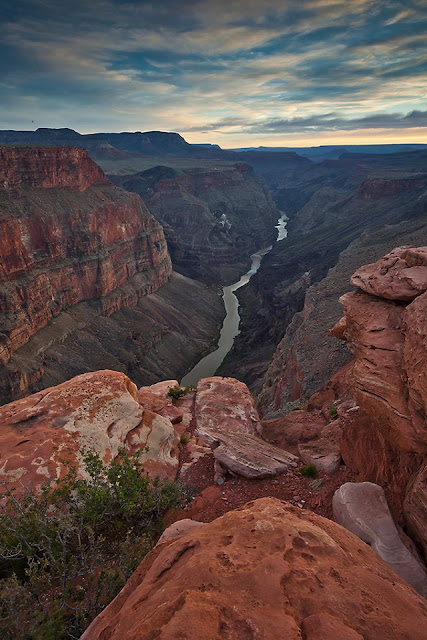 I admire those that can capture the canyon with paint, pastel, music or film. But the canyon is also story and poetry and prose. It is the narrative of mountains and oceans and ferns and cacti, of kivas and catacombs, of things here, and things gone. It is the tale of water, and change, and storms that carry sediment, and walls that cleave sunlight. It is natives sharing stories from mouth to ear, and handprints on a wall saying remember. Formations like Zoroaster Granite, Vishnu Schist, and Cremation Pegmatite must have been named by poets—people who understood the magic and influence of words and who wanted others to understand that when we speak of the forces that shape the canyon, we speak of greater powers.

The first time I saw the Grand Canyon it was from its base. Starting at Lee’s Ferry I entered the canyon’s marble gateway, gliding through its waters deeper and deeper into time. Kaibab, Toroweap, Muav, Tapeats. It was autumn, 1996, and I was on an 18 day self-supported trip. I was a geologist, turned environmental educator turned mediator turned journalist. Just prior to launch, I had spent several days at the Oregon State Penitentiary covering a story for National Public Radio on the first execution of an Oregon prisoner in more than 30 years. The assignment left me drained and confused, obsessed about questions of right and wrong and the choices we make.

Then I entered the canyon.