"It's a steep learning curve out here in the Grand Canyon. The elements are fast teachers that can be very unforgiving." Kaitlin Kenney, Day 8-River Journal 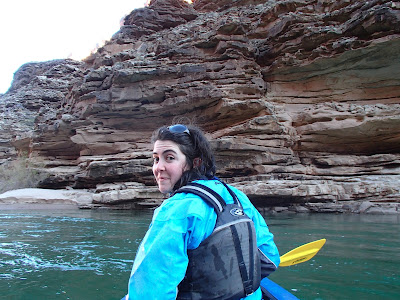 Newspapers reported this week that the body retrieved recently from the Colorado River was Kaitlin Kenney. She was found by rafters 30 miles downstream from where she had last been seen on January 11th, at Tapeats Creek in the Grand Canyon.

Poor park service employees who took that emergency call in January, and flew into the canyon, and searched the campsite and the drainages and then the water,
finding nothing. Not one single thing. And who then had to make calls to the family and sit with them, and look them in the eyes and tell them what to expect.

This is what happens to a drowned body. It sinks until it eventually floats, face down, arms stretched out like wings.

Kaitlin's body was helicoptered to the Medical Examiner's office in Flagstaff. A week later they confirmed, 'Yes.' This was the girl they'd been looking for. Twenty-one year old Kaitlin Anne Kenney. The missing University of Montana student who had been in the midst of a 29-day, 277-mile-long rafting trip when she disappeared from camp. The gifted fiddler, the dancer, the girl who would wear fairy wings, and tell jokes and gathered friends like light gathers life, and who wrote in her river journal after her first day in the canyon:

"I am going into this experience with the intention of opening my heart to whatever is presented to me in whatever form. This trip is a continuation of breaking down walls to let my heart shine. Cheers Universe, and thank you for this amazing opportunity. May love be, give and see. Shine night, Shine bright." KK, Day 1, River Journal

I only met Kaitlin after she disappeared. She came to me through Google. I was getting ready to drive down for my own one month stay at the canyon, and needed to know the weather, so I typed Grand Canyon and hit news. The first item in the list was an article about a missing Colorado woman. I clicked the link and found myself staring at this picture. I searched for more articles on the missing woman, and it was clear she had probably slipped into the river sometime in the middle of the night, and was gone.

And because I love the canyon, and have rafted it, and almost died doing it, and because I know how the canyon shapes not just stone but every human bone that dips itself into its waters, or climbs its paths, I started to write about the girl I did not know, and the ways we live and die. I wanted to say that though tragic, perhaps there is some comfort knowing Kaitlin was living a full and big life right until the moment she was gone.

Most people can't say that.

Risk, vulnerability, hardship, ignorance, fear, they guide so many of our actions, keeping us from diving fully into our lives. Not Kaitlin Kenney, who decided to spend a winter month at the bottom of a cold canyon, to turn twenty-one away from old friends or bars or even civilization, to challenge herself to be open to whatever came. Kaitlin Kenney inhabited her life. And that is rare, and precious, and important.

"I feel like part of the lesson in this is to push my will power and strength to get what I seek (and more) out of this trip plus really further explore parts about myself. I'm open to whatever feelings, thoughts, emotions, or experiences arise on this trip and I full heartedly intend to face them and rise to the challenge." KK, Day 2-River Journal


Kaitlin's parents shared their daughter's river journal with me after we spoke on the phone. This was the day before Easter, and just a day after they learned the body recovered at mile 165 was indeed their "Special K." There really hadn't been any doubt in their minds, and they were as prepared as parents could be for such news. At least now their Kaitlin was home, and they reached out to me in hopes I would tell others. They had read that first short essay I had written, and appreciated that it did not speculate about Kaitlin's death, but focused instead on what she might have gotten from her last days of life. "Kaitlin would have liked that," her mom said.

I imagined Kaitlin's parents talking to me through their kitchen's speaker phone. A mother and father sitting together at a table telling stories about their daughter. She was the youngest of four children, a "surprise angel," with wise, "old soul" eyes. She took up the fiddle when she was just five, hiding in her room to play so others would not feel cheated by how gifted she was. She studied Irish dance, would dress up in her big sisters' clothes, and loved to tell jokes. "You can lead a horse to water," she wrote as a seven-year-old. "But not to a volcano."

Maybe not a horse, I thought as her parents and I laughed at her proverb, but I bet Kaitlin would have been eager to climb to the very top of a volcano and look into its depths. She probably has already done this. Kaitlin grew up in Colorado, and spent last summer backpacking and studying with the Wild Rockies Field Institute. Her blogs from those weeks tell of a woman coming into herself—an ardent conservationist with a love for this world and the magic its wild places hold.

"We've been practicing 'Leave No Trace; which entails leaving the environment we travel through in the same if not better condition... I must say though, the natural mountain environments of the Northern Rockies have left quite the trace on me. I feel humbled by the innate beauty of these places that are so intuitive and efficient without any human touch to make it this way. I feel connected to, even tapped into the web of life." KK, 8/26/12, What Today Leaves and Tomorrow Brings.

The thing is, even though I never knew Kaitlin, I feel I did. She is that person you see dancing on the beach, or balanced on a train-track. She is there, dressed as the mad-hatter while peaking around the fence, or jumping into the frigid water of a glacial-fed creek. She is the woman who volunteers at shelters, and cares about the poor, and wants to help. She is the one people gather around and listen to and laugh with and love. The one at the party playing music and getting others to sing. She is just the kind of person parents think of when they make dreams for their children—happy, healthy, loving, loved, awake, alive, inspirational. Inspired.

Be Here Now, she wrote in her river journal. Love people. Stop judging. Stay true. Explore. Rise to the challenge. Be full hearted. Trust yourself.

She was, "A magic maker, an unconditional lover to all and a bright shining light in a weary world," wrote a young man who described he and Kaitlin as first loves.

"She was my 'remember to live' buddy," wrote her hiking partner, Tash, in a letter to Kaitlin's parents.

If people are born to learn how to live a good life, if that's the purpose of all this, then clearly, Kaitlin Anne Kenney figured it out early.

"On new years we did a little fire circle go-around and what I said I want to work on in 2013 is to let go of fear because it doesn't serve me. And since then I 've been facing my fears head on and not letting them get the best of me." KK, final entry-River Journal.

Some might say fear, a good healthy dose of it, might have saved Kaitlin. She might have laughed off the offer of a river trip through the nation's most dangerous national park. She might have stayed home. Safe. Sound. And maybe that's true. But then Kaitlin Kenney would not have been the person so many people loved. Her mom and dad understood this.

"Parents are always reluctant to let their children go on such journeys, but we let you go....This was a spiritual trip for you and you were truly connected with the beauty of the earth and this universe. Thank you for blessing our lives so deeply and profoundly. We miss your physical presence but you will always be with us in our hearts. We love you so much, my little ladybug fiddle fairy. Mom" 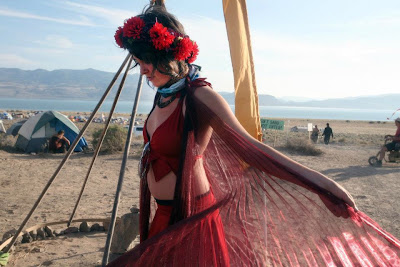 Last summer, while camped somewhere in the Rockies, Kaitlin told her friend Tash that she believed that after death, life somehow goes on, just in a different way. "Maybe a real fairy world," she said.

I don't know about a fairy world, but life, ours, opened, dusted, stretched out and given wings can be one way Kaitlin lives on. Remember to live, she would say. 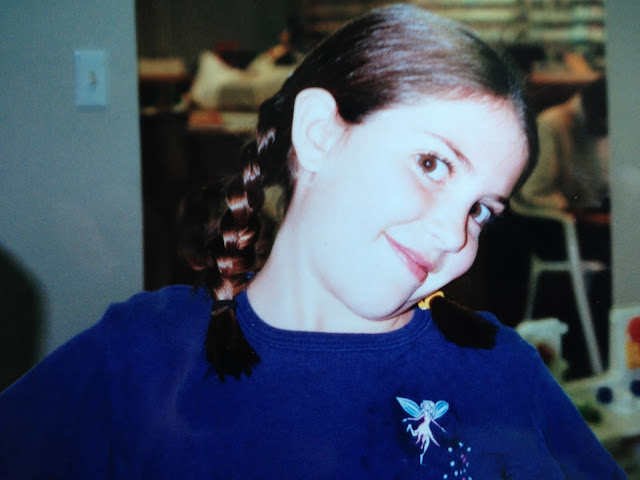 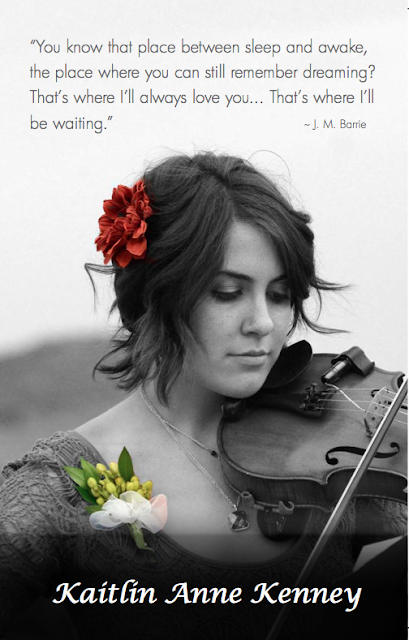 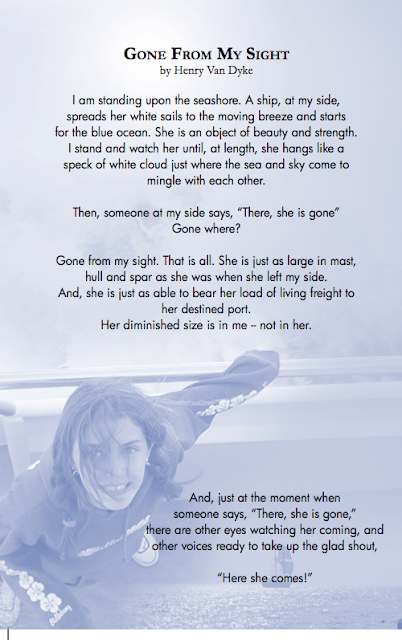 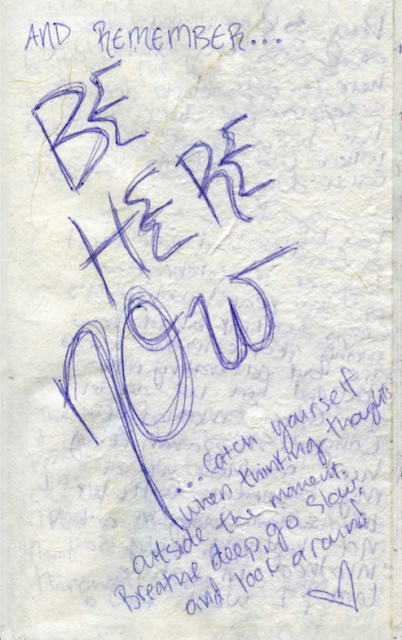