In March, I decided to do something I have never done before—climb a mountain. At first I thought I would try Mt. Kilimanjaro. I know a fellow in town that organizes trips up the snow-capped African peak. But having never climbed anything higher than 8,000 feet, I did not know if I could handle going up to 19,000.

Instead, I decided to join on with Climb for Clean Air. It is a fundraising effort put on by the American Lung Association. For the past ten years or so, they have been training people to summit some of the Pacific Northwest's most famous peaks: Mt. Hood in Oregon, Mt Adams and Mt Rainier in Washington. I chose the 11, 250 foot strato-volcano we call Hood, and the Multnomah Tribe called Wy'east. I began training for my summer assent two months ago.

Last week, I got the training schedule wrong and so headed off for the 10+ mile Boulder Ridge Trail alone. The day was a spectacular success: hours of meditation as I made my way up to Huckleberry Mountain, through trickling creeks, past sweet smelling waterfalls, then up into the snow, my footsteps loud on the ice, the clouds coming in, the wind, the cold, the quiet feeling of being somewhere alone, and getting there on my own, my own two feet taking me higher and higher, one step at a time.

One breath at a time.

I think of Dad when I hike. He just died in January, and I think of all the places he did not get to see in his years in Oregon, and I tell myself I am seeing them for him now. Experiencing them in a profound way, for him. Pushing myself and probing my limits. Expanding them.

Dad did that, in every possible way he expanded his limits. From moving to the United States in 1951, a twenty-two year old Indian engineering student who did not know a soul in America. A skinny, dark-skinned man who was confronted by an angry crowd when he ate in a restaurant in the South - "Where you from, Boy?" A man who was "suppose" to return home, marry the woman his father had picked, not a Catholic German/American with a brazen laugh, and Ingrid Bergman eyes. He was "suppose" to settle within eye-site of the rest of his family. A man who took up the study of Astro Physics at PSU in his eighties and always had his mind spread out towards the stars and the mysteries they held. A man who worshiped intelligence and freedom of thought and the beauty of music, and bird song and light.

And so I think of him and the boundaries he broke as my breath becomes labored and my legs begin to ache. Maybe I won't make it to the top of Hood. Maybe it will be too cold for me, or too steep. Or, maybe the volcano's fumaroles will overwhelm me with their sulfurous gas, my lungs simply unable to drink in enough oxygen. But at least I will have tried, and for that I thank my parents. My Dad and my Mom, too. Both of them boundary breakers. Both of them missed and loved and part of who I will always be.

If all goes well, I and my team will summit Wy'east the dawn of June 26th. If you would like to contribute to my climb, I would be honored. I have already exceeded my goal - BUT - please help me go even further. Every dollar will help the American Lung Association with their important work, and it will be so nice to know I am climbing with your support. Here is a link to my personal funding page, Naseem, Climb for Clean Air. 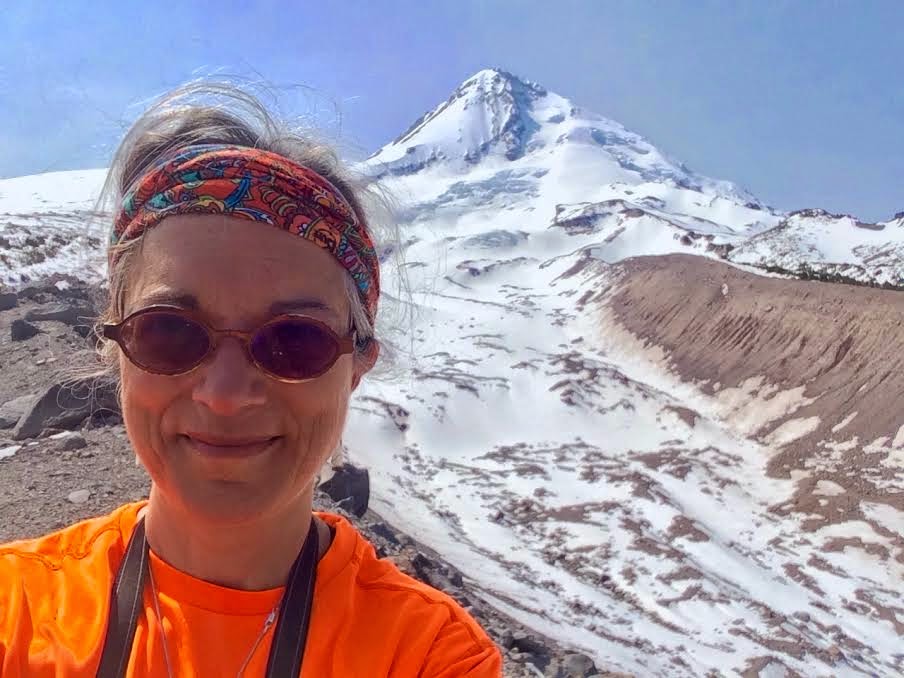