Remember To Live - Naseem at TedX

Here is the talk I recently gave at Ted X. It was a wonderful and challenging experience. I think Brian and Linnea Kenny for allowing me to share a small part of their daughter, Kaitlin's, story. I think the National Park Service for giving me the present of a one month stay at the Grand Canyon as their Artist in Residence.

Posted by Naseem Rakha at 10:07 AM No comments:

Gun Threat at School - What Would You Do?

We got the call at 9:15 last night. It was a recording from the principal of my son's middle school. "Excuse the lateness of this call, but I think it's important you know that yesterday after school one student reported hearing another talk about bringing a gun in tomorrow."

The principal wanted us to prepare our children to see police at the school. She wanted us to believe she and her staff would do everything they could to keep our son's and daughter's safe.

I considered not waking my son this morning. Let him sleep in, I thought. He hadn't been feeling that well anyway. Let him have the day off. But I didn't do that. Instead, I woke him, we talked about breakfast, lunch, after school plans. I asked him if he knew anything about a gun threat. He didn't. I told him about the call and what to expect at school. He nodded, and said he'd be careful. It occured to me to ask him how he would be careful. Do you know to duck and hide under a desk? Do you even know what a gun popping off in another room sounds like? But I didn't ask him these things. No. I simply got my keys and drove him to school. There were police cars in the parking lot. Officers at the entrance door, too. News crews stood outside with cameras.

I told my son I love him, and he got out of the car and told me he loves me, too. And then he shut the door and walked away and I drove off thinking this is just so damn screwed up. What kind of mother would just drop her child off at a place where someone has threatened to bring a gun?

This kind, I guess. Me. Maybe it's denial. The refusal to believe the worst could happen. Maybe it's faith that good people prevail and that the principal is smart and savvy and was taking all the necessary precautions.

Where have we done wrong? 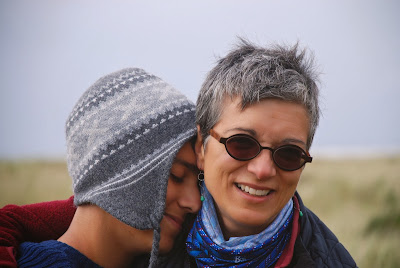 I dropped my son off at school today because I don't want this culture to fail. This world is sharp with edges and ignoring them won't make them go away.

I dropped my son off at school today. That was two hours ago. School lets out at three.