A Year of Magic - Listening to Harry Potter with My Son 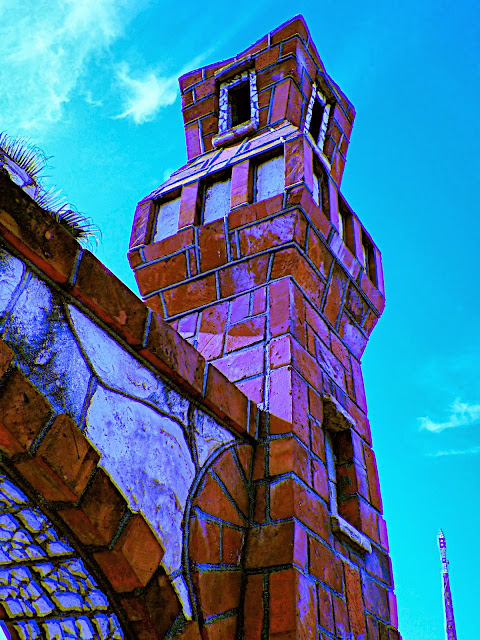 One of the things Elijah and I are looking forward to during our upcoming road trip to Denver (about 1300 miles on two lane highways) is to listen to an audio book. As we consider what to listen to we are both reminded of the magic year we had listening to Harry Potter. If you have not listened to the story told by English actor Jim Dale, you must. There is nothing like it. Here is an old essay about the experience I had with Harry Potter and my son.


Last summer, my ten-year-old son read Harry Potter. The seven book, 1,091,123 word phenomena that has swept the world. When he was done, he asked me to read it. I like to read what my son is reading. It gives the two of us opportunities to talk about books and characters. Protagonists and antagonists. Good, evil and all the gray in between. But HP was such a commitment.

Then I had a brainstorm. Instead of my reading Harry Potter, Elijah and I would listen to the audio tapes preformed by the remarkable British actor, Jim Dale. I had no idea what I was in for.

We stuck the first CD into our car stereo in October, last year, and then during almost every journey two and from school, the grocery store, anywhere, Elijah and I would listen. I was caught. Stuck. Riveted and deeply in love with the world JK Rowlings created. I laughed at her characters’ wit and charm, gasped when they faced imminent danger, wept when loved characters died, and was stunned by the beauty and terror Rowlings was able to weave into her complex and beguiling story.

In late April, we finished the sixth book, Harry Potter and the Half-Blood Prince, and I had to take a break. Not because I was tired or bored, but because I was not ready for the journey to end. The idea that my son and I had only one more book to listen to was just too sad. I did not want to let the story go. And more than anything, I did not want to let the characters go. So, instead of listening to book seven, I went back and listened to book one, The Sorcerer's Stone, in which Harry and his friends had not yet reached puberty and Hogworts was a bright and shining place with luminous ceilings and heavy-hitting Quidditch matches.
In June, thinking myself ready, my son and I forged forward and began listening to book seven: The Deathly Hollows. I thought I had steeled myself, yet day by day I watched with increased trepidation as Elijah put in one CD after another, leading us closer and closer to the end.

I know this is all very silly. I am talking about how hard it was for me to say goodbye to a fiction - a non-reality, a story. But it feels like so much more. It feels, in fact, almost precisely like it feels every time I open my eyes and see that my son has taken one more step into his own life, and away from mine.

I will always remember Elijah's last year in elementary school as the year we listened to Harry Potter. Every morning we would get into our own little Hogwart’s Express and go off to school, shouting spells or debating whether Severus Snape was good or evil. (I must hand it to Elijah - he never once gave any hint of what was to come.) I will remember that Elijah turned eleven while we listened to Harry Potter, and we celebrated by driving all the way to Seattle just to see the Harry Potter exhibit. And, I will remember, always remember, Elijah reaching over to me as the final book ended, and telling me it's okay. "It's time," he said. "it's okay to be sad, but it's okay to say goodbye too."

Friday night Elijah, my husband Chuck, and I stood in line for the final Harry Potter film, The Deathly Hollows, Part 2. It was a long line, and it was filled with people of all ages, sizes, hair styles and dress. I did an informal survey, and almost every person I spoke with had read all seven books. Amazing in this day and age of Nintendo and TIVo and the internet and everything else that distracts us from the written word and the worlds it can take us.

After the film, we watched the credits roll to an end. The war was over. Good had triumphed, and the characters we had grown to know as friends, had moved on with their lives without us. When all was quiet and the lights back on, I put away my handkerchief, and Elijah, Chuck and I rose from our seats and left.
I know it's okay to say goodbye, but I don't want to. It’s silly, really. But I have never felt so in love with the places a book has taken me. Thank you JK Rowlings for the journey you have given me with my child. Thank you so very much.

Posted by Naseem Rakha at 8:30 AM No comments: