Two days after Dad died, he made us dinner.

We sat at my table and we ate a feast of Qabooli Biriyani and Mirchi Ka Salan, both dishes typical to Hyderabad, India where Dad was born and raised.

Qabooli is a lentil Biriyani made with basmati rice and channa dal. It requires a careful hand washing of the rice, rinsing out all the starch from the grains until the water runs clear. It requires a sorting and picking of the dal (golden lentils), ridding any that may be of poor quality. Then the two, rice and lentils must be drained and let dry. It requires the finely sliced onions to be dried as well, squeezed tightly in towels before they are carefully set in a half inch of sizzling hot oil and stir fried to a delicate golden brown. It requires garlic and ginger to be peeled and puréed into a fine paste, and then a grinding of spices. It requires a precise measurement of turmeric, cardamon, coriander, cumin, cayenne, mint and fresh squeezed lemon. And then, and this is critical, it requires that both the rice and channa dal be par-boiled to a place that is not quite done, so that once the five elements—the rice, the dal, the golden onion, the garlic/ginger puree, the spices are all layered together—it can be covered, and sealed and baked to the exact point in which when a spoon breaks into the surface of the dish, each hand washed grain emerges tender and whole and separate and distinct. 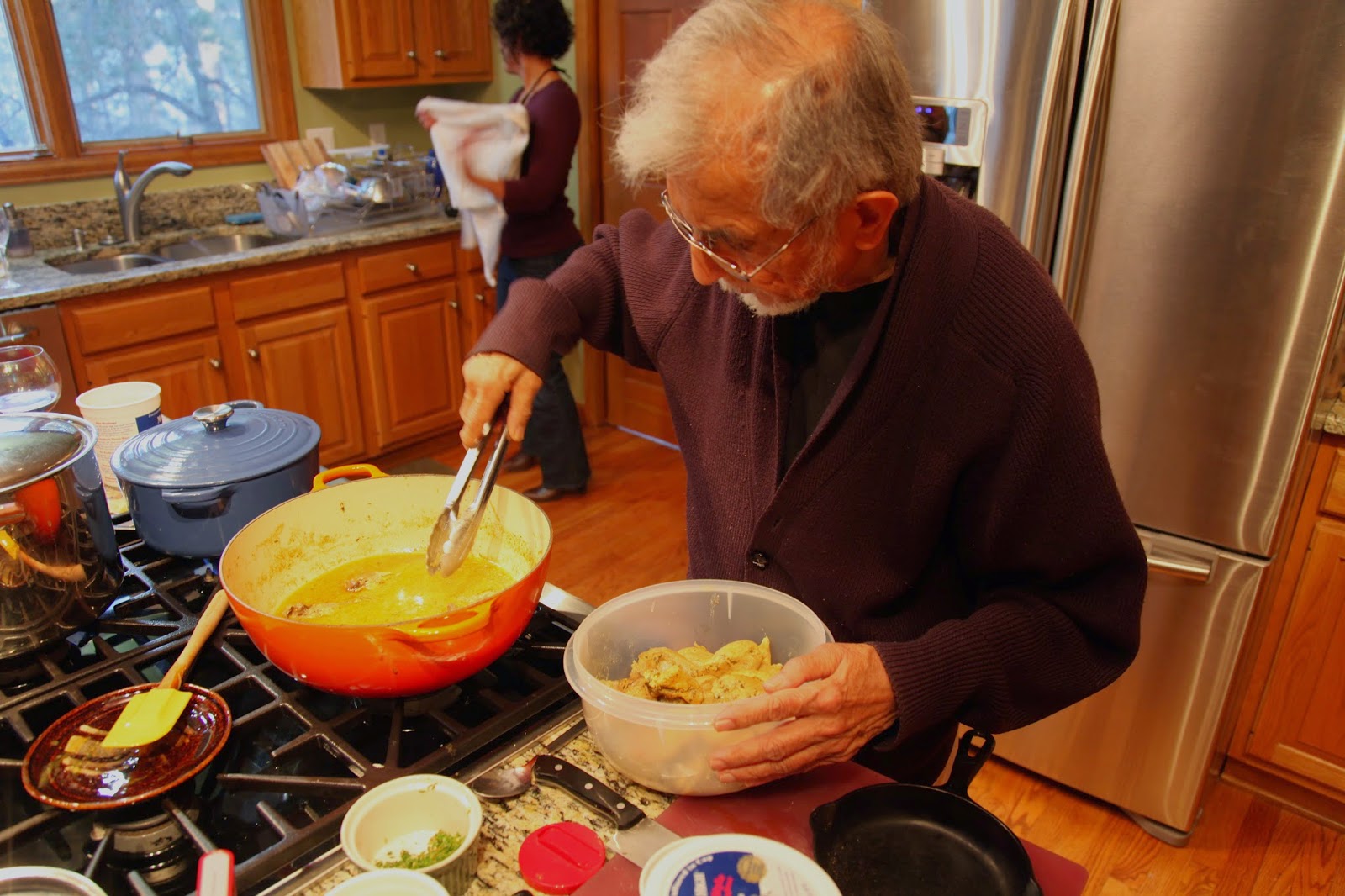 The second dish, Mirchi Ka Salan or Green Chili Curry, is the equivalent of making a Mole, it is so time consuming and complicated. The paste itself has more than 12 ingredients. But the end product is so unique and so flavorful that it is one of my favorites.

When my sister came home on Monday the 12th of January, Dad was in the kitchen preparing to cook. It was 6:30 in the evening, the National Championships were on the TV, and dad was at his cutting board preparing the onions, his kitchen towel characteristically tossed over his shoulder. When Shameem asked what he was starting, she was, at first exasperated that Dad had taken on such a big project so late in the day. She had worked all day, she was tired. But, this was her Dad. And we all knew his days were limited. The kidney disease, the heart problem, the iron build up from transfusions. Dad talked about his death a lot. So she set aside her exhaustion and spent the rest of the night cooking with Dad. 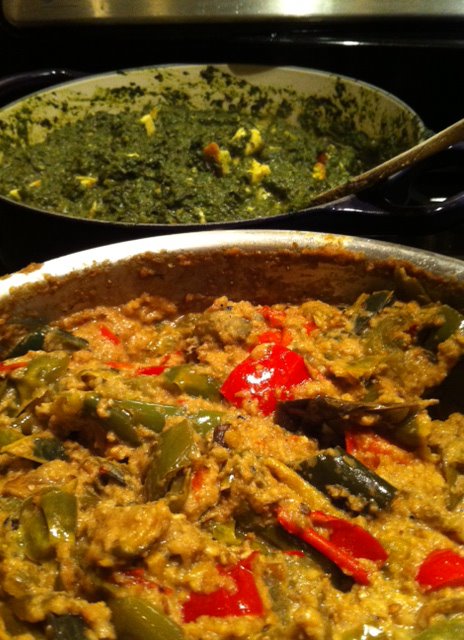 What surprised Shameem most, she told me, was how much food he was preparing. This was not just for the two of them. Dad clearly had something else in mind. Perhaps a party the coming weekend. She didn't ask. Instead they chopped, and stirred, and fried, and mixed, and boiled, and baked their way through the might. Finally, somewhere around midnight, they finished and put it all in the refrigerator for another day.

That day was Friday, 45 hours after Dad died from a tumble on the Portland streetcar. Earlier in the day Shameem, Amir, and Renee and I went to the funeral home and arranged for his cremation. Then, before heading back to my house, we went to Dad's place, opened his refrigerator and took out the meal he had made.

When he came to the United States in his early 20's, Dad had no idea how to cook. None. That was the work of servants in his home, not the family and definitely not the men. Plus, trying to cook Indian food in the 1950's and 60's in the US, when Indian spices were not as ubiquitous as they are today, made the process of cooking even more challenging. Yet my father took on the job of learning.

One of his favorite things in his later years was to have friends and family over for large meals, even though those meals, particularly as he got older, would often take him more than a week to fully prepare. It frustrated him that it was taking longer for him to prepare these meals, it frustrated him that sometimes the onions would burn, or that he would forget some spice. It frustrated him that cooking would make him so tired. Still, just the weekend before he died, Dad told me he wanted to make Shrimp Pulau one last time. It is another time consuming dish, and it is also a dish that, due to my father's limited diet, he could not longer eat. Yet, that is what he wanted to make for us, his children, all of us in our forties and fifties now, all of us so graced by the abundance of his love and generosity.

Unfortunately, Dad did not get to make that dish. But he did get to make the Mirchi ka Salan and Qabooli with his youngest child, Shameem. And I believe he must have thought of that food while lying in that hospital on January 14th, fully aware that by not allowing doctors to treat him after his fall, he would die. And I believe, it gave him satisfaction knowing he would feed his family one last time.

His recipes are shared on my sister, Shameem's blog, Scratch: For the Love of all things Homemade.