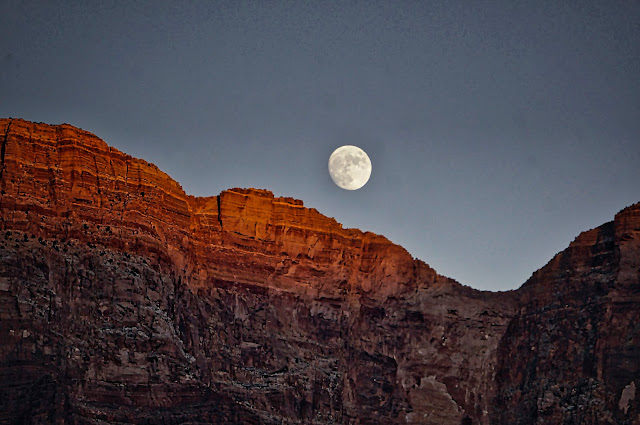 For a month we lived under the sky—no ceilings, no walls, just skin and sun and water. Just stone and ice. And as we moved down river the moon followed, growing each night, lighting paths for night time walks, staring down, stark and white, big then bigger, rising later and later, night light becoming morning beam. We watched it rise and set, grow then recede back into full shadow, until all there was were long dark nights punctuated by the ion trails of falling meteors—the Geminids, yellow and orange against Orion, Cassiopeia, the Dippers - big and small - the froth of the Milky Way. It reminded me of breath. It reminded me of life, of cycles. Of all the things we do that eventually lead us back to where we began.